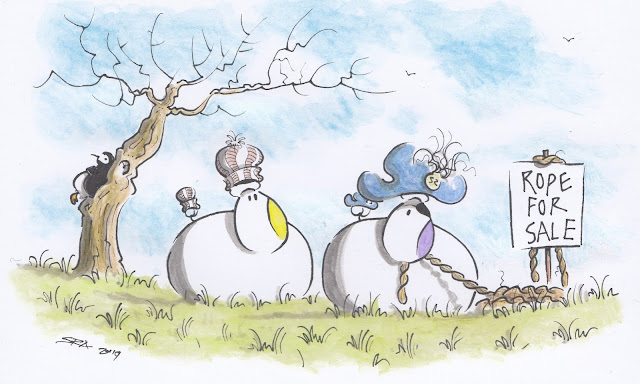 Captain Bill drew in a long deep breath.  Gentle Spring sunshine warmed his horns and a bee buzzed lazily around his tail hat. He watched with growing sense of unease as Norma herded toward him.

Norma sighed, 'Do you have to be like that?'

'Well, I've been saying that for years.'

'I mean,' said Norma, 'that he's finally had an idea for our next adventure!'

'So we can all be together again,' added Norma.

'Excuse me while I spontaneously explode with excitement,' muttered Captain Bill.

'I'm sure you'll enjoy it once we get going,' replied Norma.

Captain Bill stared at Norma. 'And the plot?' he asked.

'Well, he wasn't clear about that,' mooed Norma. 'Possibly some of the finer detail still needs to be sorted out.'

'Like what happens, where it happens and when it happens?'

'Those sort of things,' nodded Norma. 'But it's good news none the less. I can't wait to tell the others. I just need to find them.'

'I believe,' replied Captain Bill, 'although I have no idea why, that Annie is in that tree over yonder,' and he pointed with his tail.

'Was in that tree over yonder,' corrected Captain Bill.

And Norma hurried off toward Annie. 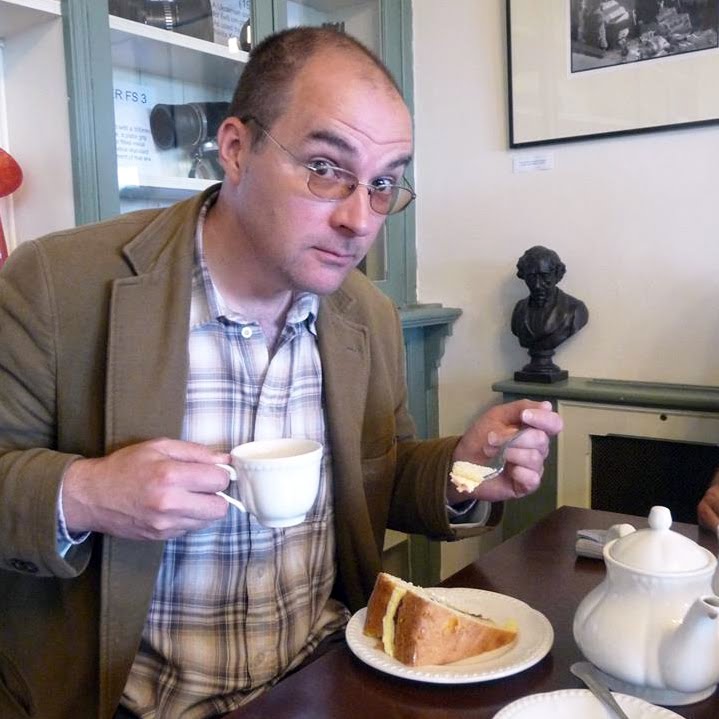 My task is to entertain. I write and illustrate this blog in the hope of putting more giggles out into the world. All I ask in return is that you tell your friends about it and spread the herd, so that more people giggle and the world becomes a happier place!

Steve, aka The Great Pencil

We have a small library that Bertha runs. It's got some books - they get washed up on the shore from time to time.

The cinema fell off the end of the pier years ago, so we've not seen much since then.

We do have an old gramophone but it only comes out at parties.

We did have a TV but Cyril got rather excited while watching a food programme and ate it.

All content and images are copyrighted ©Cow Island, Steven Allender Fine Art, 2002 and beyond. All rights reserved. Please don't copy, reproduce, or distribute without prior permission from The Great Pencil.